5 Ways to Fold Napkins Part II
Crown Napkin Fold
Lay the napkin down flat and fold it in half diagonally, forming a triangle.
Next, fold the left and right triangle to the top, forming a square.
Turn the napkin so it forms a diamond.

Heart Shaped Napkin Fold
Lay the napkin down flat and bring the top and bottom together in the middle. 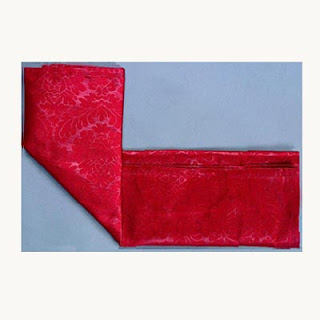 Place your finger in the center and bring up both ends to meet in the middle.
Turn the napkin over, keeping the point towards you. 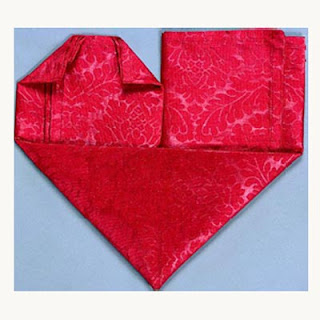 Fold in each of the four corners at the top to form the top of the heart.
Flip the napkin over and admire your work! 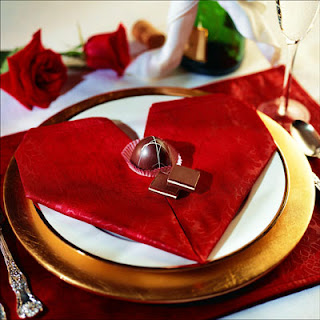 Place Card Holder Napkin Fold
Fold your napkin into thirds, horizantally.
Fold the rectangle in half, vertically, to create a crease (do not leave it folded). 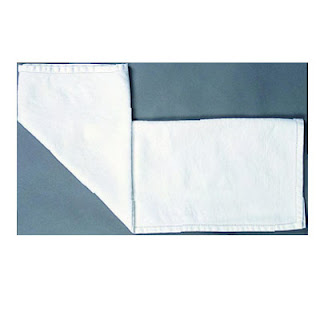 Fold the left half up diagonally.
Flip the napkin over. 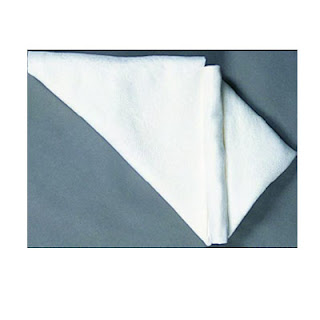 Foll the two flaps tightly until they meet the fold then carefully flip the napkin over, keeping the rolls in place.
Fold the right side down towards the bottom point so that the roll lines up with the center vertical fold.
Repeat with the left side so that the two rolls line up alongside one another.
All done! 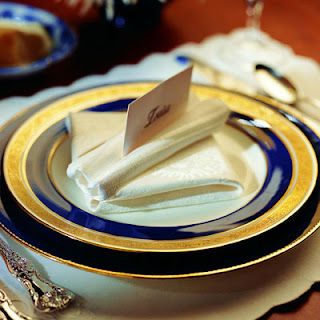